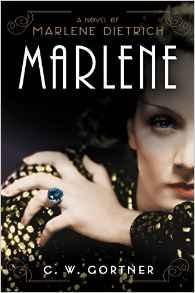 From the cabarets of Weimar Berlin to the dazzling film studios of Hollywoods golden age, an enthralling novel of a glamorous legend Maria Magdalena Dietrich was born for a life on the stage. Raised in genteel poverty after the First World War, the willful teenager vows to become an actress and singer, trading her familys proper, middle-class society for the free-spirited decadence of Weimar Berlins cabarets and drag balls. With her sultry beauty, smoky voice, and androgynous tailored suits, Marlene performs to packed housesand becomes entangled in a series of stormy love affairs that push the boundaries of social conventionuntil she finds overnight success in her breakthrough film role as the cabaret singer Lola-Lola in The Blue Angel.