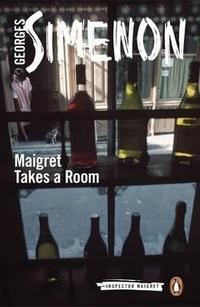 When one of his best inspectors is shot, Maigret decides to book himself into Mademoiselle Clement's well-kept Paris boarding house nearby in order to find the culprit. 'What he thought he had discovered, in place of the joyful candour that she usually displayed, was an irony which was neither less cheerful nor less childish, but which troubled him ...He wondered now if his exultation wasn't down to the fact that she was playing a part, not just to deceive him, not just to hide something from him, but for the pleasure of acting a part' Penguin is publishing the entire series of Maigret novels in new translations. 'His artistry is supreme' John Banville 'One of the greatest writers of the twentieth century ...Simenon was unequalled at making us look inside, though the ability was masked by his brilliance at absorbing us obsessively in his stories' Guardian 'A supreme writer ...unforgettable vividness' Independent