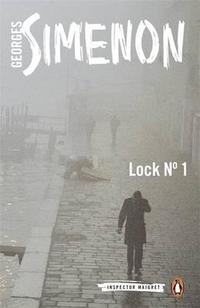 This is a new translation of Georges Simenon's novel set in claustraphobic provincial town, book eighteen in the new Penguin Maigret series. Cars drove past along with the trucks and trams, but by now Maigret had realised that they were not important. Whatever roared by like this along the road was not part of the landscape...What really counted was the lock, the hooting of the tugs, the stone crusher, the barges and the cranes, the two pilots' bars and especially the tall house where he could make out Ducrau's red chair framed by a window. Penguin is publishing the entire series of Maigret novels in new translations. This novel has been published in a previous translation as The Lock at Charenton. "Compelling, remorseless, brilliant." (John Gray). "One of the greatest writers of the twentieth century...Simenon was unequalled at making us look inside, though the ability was masked by his brilliance at absorbing us obsessively in his stories." (Guardian). "A supreme writer...unforgettable vividness." (Independent). Georges Simenon was born in Liege, Belgium, in 1903. Best known in Britain as the author of the Maigret books, his prolific output of over 400 novels and short stories have made him a household name in continental Europe. He died in 1989 in Lausanne, Switzerland, where he had lived for the latter part of his life.