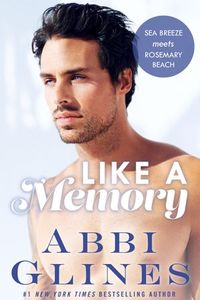 One memory. One special summer. The one thing Bliss had lost herself in when the fear and sickness were too much, moments never to be damaged by the harsh reality that followed… until now. Bliss York didn’t live a normal teenage life. She didn’t go to Friday night football games, walk the halls with her friends every day, go to her prom or even walk to receive her diploma. It had all been taken from her the fall that she was fifteen years old and she was given the diagnosis no one ever wants to hear. She had leukemia. Seven years after spending a summer with a girl who he knew would always be his first love and the one who got away, Nate Finlay returns to Sea Breeze to help his fiancé open her new boutique clothing store. When the new employee walks in Nate is taken back seven years to the girl he thought he’d love forever. The one who never answered his calls or returned his text. The one who shut him out completely with not even a goodbye and broke his heart. They’ve each become someone different. No longer the young teens with stars in their eyes. But does that matter when your heart still says that’s the one.