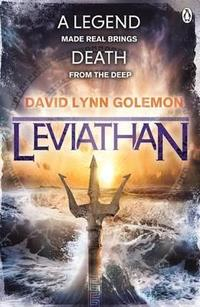 Let David Lynn Golemon thrill you with Leviathan from the magnificent Event Group series. Legend comes to life - to bring death to the deep. The ships of the world are under fire - attacks so sudden and vicious that most of them sink without even making a distress call. As navies from many nations attempt to locate the losses and find this destructive and hidden enemy, even their ships disappear without a trace. Enter the Event Group - the most secret organization in the U.S. government's history - a group of the brightest and best soldiers and scientists, led by Colonel Jack Collins. As they race to find a solution, they discover they are up against the most advanced undersea vessel in history - and an insane genius who wants to dispense his own twisted justice to the world...Praise for David Lynn Golemon and the EVENT series: "Sure to satisfy fans of The X-Files". (Publishers Weekly). "Imagine mixing in a blender Tom Clancy with the movie Predator and the X-Files ...non-stop action". (Library Journal). "Spectacularly cinematic ...a flat out adrenalin rush". (New York Times bestselling authors Judith and Garfield Reeves). Stevens David Lynn Golemon grew up in Chino, California and worked for the US military in a classified role. He now lives and writes in Long Island, New York. His Event Group Series includes the titles Event, Legend, Ancient, Leviathan and Primeval.