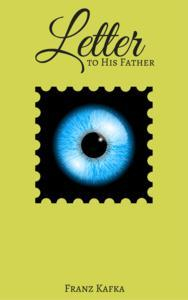 LETTER TO HIS FATHER

Letter to His Father (German: Brief an den Vater) is the name usually given to the letter Franz Kafka wrote to his father Hermann in November 1919, indicting him for his emotionally abusive and hypocritical behavior towards him. Kafka hoped the letter would bridge the growing gap between him and his father, though in the letter he provides a sharp criticism of both: "Dearest Father, You asked me recently why I maintain that I am afraid of you. As usual, I was unable to think of any answer to your question, partly for the very reason that I am afraid of you, and partly because an explanation of the grounds for this fear would mean going into far more details than I could even approximately keep in mind while talking. And if I now try to give you an answer in writing, it will still be very incomplete..." According to Max Brod, Kafka actually gave the letter to his mother to hand on to his father. His mother never delivered the letter but returned it to her son. The original letter, 45 pages long, was typewritten by Kafka and corrected by hand. Two and a half additional pages were written by hand. The letter, translated into English by Ernst Kaiser and Eithne Wilkins, was published in a bilingual edition by Schocken Books in 1966, and included in several Schocken collections of Kafka's works. A new translation by Hannah and Richard Stokes was published by Oneworld Classics in 2008 under the title Dearest Father.