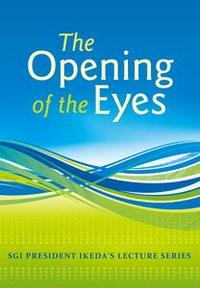 LECTURES ON “THE OPENING OF THE EYES”

“The Opening of the Eyes” is considered one of the five major writings of Nichiren. The topics the lectures cover include the three virtues of Buddha (sovereign, teacher and parent), the six difficult and nine easy acts and the three powerful enemies described in the Lotus Sutra. Ikeda writes that this treatise “reveals the true meaning of ‘opening the eyes’, because it awakens all people to the genuine Buddhist spirit and human path of living true to the Law based on a personal vow”.