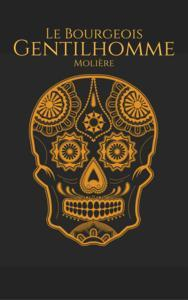 Le Bourgeois gentilhomme (French pronunciation: ​[lə buʁʒwa ʒɑ̃tijɔm], The Bourgeois Gentleman or The Middle-Class Aristocrat or The Would-Be Noble) is a five-act comédie-ballet—a play intermingled with music, dance and singing—written by Molière, first presented on 14 October 1670 before the court of Louis XIV at the Château of Chambord by Molière's troupe of actors. Subsequent public performances were given at the theatre of the Palais-Royal beginning on 23 November 1670. The music was composed by Jean-Baptiste Lully, the choreography was by Pierre Beauchamp, the sets were by Carlo Vigarani and the costumes were done by the chevalier d’Arvieux. Le Bourgeois gentilhomme satirizes attempts at social climbing and the bourgeois personality, poking fun both at the vulgar, pretentious middle-class and the vain, snobbish aristocracy. The title is meant as an oxymoron: in Molière's France, a "gentleman" was by definition nobly born, and thus there could be no such thing as a bourgeois gentleman. The play is in prose (except for the ballet openings which are in verse).