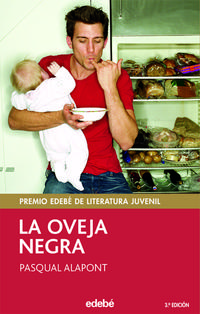 Hermógenes es hijo de una familia acomodada formada por médicos de renombre. Cuando el joven quiere ser arqueólogo, habrá de superar las presiones familiares y domésticas.The White Ravens AwardSerra d'Or Critics Award Reportedly, it isn't easy to rebel against long-standing family traditions. Nevertheless, that is what seventeen-year-old Hermògenes does, when he decides to become an archaeologist instead of going into the medical profession. He studies History and jobs part-time as a baby-sitter when the parents' stop to give him financial support. His determination to pursue his goal, as well as the relationship to the child he baby-sits and its mother are the foundations for Hermògenes' self-assertion and self-realisation. The author relates the protagonist's process of emancipation and reaching maturity with humour and ease. His concise rendering of character is excellent and reveals deep psychological insight. Premio Edebé de Literatura Juvenil 2001