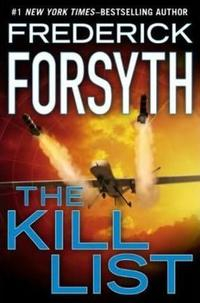 The Kill List - The names of those men and women who would threaten the world's security - held above top secret at the highest level of the US government. The Preacher - At the top of it, a radical Islamic cleric whose sermons inspire his followers to kill Western targets. As the bodies begin to pile up in America, Great Britain and across Europe, the message goes out: discover this man's identity, locate him and take him out. The Tracker - Ex-US marine, now one of America's most effective terrorist hunters, with an impossible job. Aided only by a brilliant teenaged hacker, he must throw out the bait and see whether his deadly target can be drawn from his lair.