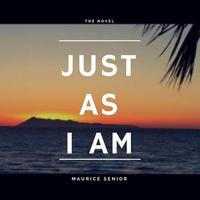 JUST AS I AM THE SERIES

A household headed by a single  Christian mother. As if this was not trial and trebulation enough. Having four mouths to feed she lost her job of  five years in the midst of the depression in Kingston Jamaica. She was inspired to share the word of God on her comute that evening  from work.  Her eyes  caught his. A hamdsome good hearted man. Is her prayers for a husband be answered?". While some people in the chruch was having their own agenda. She was seriously working on her faith. The handsome man has interest  in her. But he was not of the faith. The Church leader challenged her using his  personal agenda. She liked him too but she was a newly appointed Evangelist and all eyes where on her. Her kids made it easy especially her 14 year old twins girls who were dating above their age group.   Like that's not a load of trouble all by itself. Her sixteen year old song is dating his high  school teacher. Her  precious little baby boy Justin as a mid trace of autism. With no way out of bills and to food on the table will God send her help?. Will she get a father figure for her kids?. Will she get the husband of her dreams?.

0 reseñas sobre el libro JUST AS I AM THE SERIES