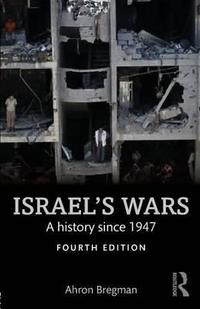 Israel's Wars is a fascinating and essential insight into the turbulent history of this troubled country which, since its foundation, has endured almost constant violence. Bringing its coverage up to date with recent conflicts, this fourth edition includes a new chapter on the Gaza wars from 2007-2014, a new preface and an updated concluding chapter. From the 1947-8 Jewish-Palestinian struggle for mastery of the land of Palestine to the Al-Aqsa intifada, the second Lebanon war and the Gaza wars, Bregman exposes hitherto unknown facts, including details of secret Soviet involvement in inciting the 1967 Six Day War, Israeli bombing of the American warship the USS Liberty, and Israeli assassinations of leading Palestinians in the Gaza Strip and the West Bank. Illustrated throughout with maps and photographs, this new edition is valuable reading for students of Arab-Israeli conflicts over the last seventy years