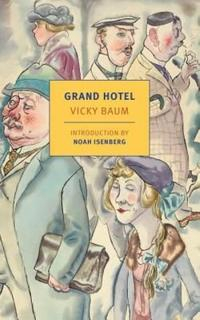 A grand hotel in the center of 1920s Berlin serves as a microcosm of the modern world in Vicki Baum s celebrated novel, a Weimar-era best seller that retains all its verve and luster today. Among the guests of the hotel is Doctor Otternschlag, a World War I veteran whose face has been sliced in half by a shell. Day after day he emerges to read the paper in the lobby, discreetly inquiring at the desk if the letter he s been awaiting for years has arrived. Then there is Grusinskaya, a great ballerina now fighting a losing battle not so much against age as against her fear of it, who may or may not be made for Gaigern, a sleek professional thief. Herr Preysing also checks in, the director of a family firm that isn t as flourishing as it appears, who would never imagine that Kringelein, his underling, a timorous petty clerk he s bullied for years, has also come to Berlin, determined to live at last now that he s received a medical death sentence. All these characters and more, with all their secrets and aspirations, come together and come alive in the pages of Baum s delicious anddisturbing masterpiece.