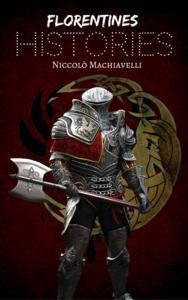 Florentine Histories (Italian: Istorie fiorentine) is a historical account by Italian Renaissance political philosopher and writer Niccolò Machiavelli, first published posthumously in 1532. After the crisis of 1513, with arrests for conspiracy, torture and after being sentenced to house arrest, Machiavelli's relationship with the Medici family passively began to mend itself. If the dedication of Il Principe (1513) to Lorenzo II de' Medici had not any effect, part of the then dominant faction of the Florence was not against him, and instead granted him an appointment. In his letter he deplores of his idle state, offering his precious political experience to the new lord. To sustain that timid request Machiavelli, with a considerably courtier-like spirit, set his Mandragola for the wedding of Lorenzino de' Medici (1518). In 1520, he was invited to Lucca for a mission of a semiprivate character, indicating that the ostracism was to be raised up. At the end of that year, Giulio Cardinal de Medici commissioned him to write a History of Florence. Although this was not exactly the charge he desired, Machiavelli accepted it as the only possible way to come back into the graces of the Medici. The intent of the work, although semi-officially, was to recover the city's charge of historic officiality. The wage for the appointment was not large (57 florins per year, later increased to 100).