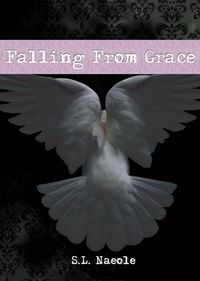 When you wake up in the morning and your eyes take in the first hints of light that shine through your window, the dust motes catching and reflecting the sun’s rays like little diamonds, the shimmering hues of yellow and orangey gold breaking through into your room, the first thing you think about usually isn’t how you’re going to make it through the worst day of your life. Unfortunately for Grace Shelley, that’s exactly what she’s facing as she ponders what to do now that she’s going to be starting out her last year in high school without her best friend. She’s not exactly the most popular girl in school - well, not the most popular girl in school to like, anyway - and everything seems to be hinting at another status quo year for her until she bumps into a stranger who leaves her stumbling for words and chasing after her heart. The new guy in school is different. Robert doesn’t care about the rumors he’s heard about her or that no one else seems to see her the same way that he does; he only wants to be her friend. That’s when things get complicated. When Grace learns that he’s not your typical high school boy and that he’s actually a wingless angel who’s looking for someone to trust, she’s thrust into his world where not all angels are meant to protect human beings, and where the changes she brings into his life changes everything in hers.