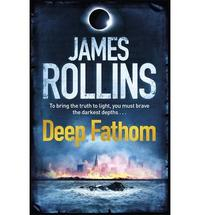 Ex-Navy SEAL Jack Kirkland is under water when the world starts to end. He and his crew are on a salvage mission deep in the ocean. They surface to find the Earth ablaze. The first eclipse of the millennium triggers a series of catastrophic natural disasters, which rock the globe. And in the midst of the terror and chaos, the President and Air Force One have vanished from the skies. With the death toll rising rapidly, Kirkland finds himself on a desperate mission to the darkest depths of the ocean, where a shattering secret awaits him. One too powerful to be controlled.