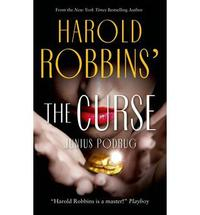 Described as Indiana Jones in pantyhose, Madison is hired to "ransom" the Heart of Egypt - a scarab stolen from the tomb of King Tut - and goes on the run in New York after she is framed for murder. Her leads take her from a medieval camel market and famed Khan market place to the Valley of the Kings and beyond to the incredible colossi at Abu Simbel. All the while Madison has to stay ahead of tomb robbers, assassins, and political fanatics as she dodges curses both ancient and modern to stay alive.