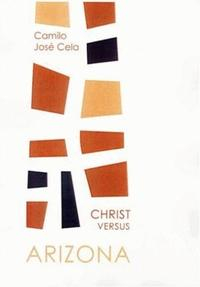 Christ versus Arizona turns on the events in 1881 that surrounded the shootout at the OK Corral, where Wyatt Earp, Doc Holliday, and Virgil and Morgan Earp fought the Clantons and the McLaurys. Set against a backdrop of an Arizona influenced by the Mexican Revolution and the westward expansion of the United States, the story is a bravura performance by the 1989 Nobel Prize-winning author. A monologue by the naïve, unreliable, and uneducated Wendell L. Espana, the book weaves together hundreds of characters and a torrent of interconnected anecdotes, some true, some fabricated. Wendells story is a document of the vast array of ills that welcomed the dawning of the twentieth century, ills that continue to shape our world in the new millennium.