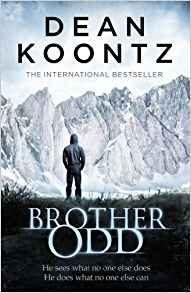 With over 400 million copies of his books sold worldwide, Dean Koontz is one of the most popular writers of our time. Read this page-turning, heart-breaking thriller to find why Odd Thomas is the master storyteller’s most-loved creation. He sees what no one else does. He does what no one else can. Odd, a charismatic young man with a sense for the otherworldly and the downright strange, is in self-imposed exile. Tragic events have led him from his sun-bleached desert home of Pico Mundo to a monastery in the High Sierra, searching for peace. It’s December and the remote abbey is besieged by icy winds and snow. But even in the silence of the mountains, danger and desperation haunt him still… As ever, where Odd Thomas goes, strangeness goes too. A white dog named Boo befriends him – as does the ghost of Elvis. And a world-famous physicist is conducting experiments in the catacombs of the abbey. Could this be why Odd can once again see bodachs, shadowy harbingers of violence? They prowl the halls, suggesting horror to come. But what form will it take? And how will Odd defeat an enemy that eclipses any he has met before?