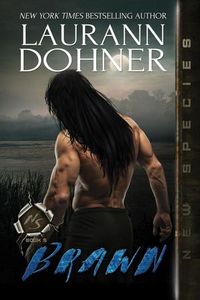 One look at Brawn, and Becca is wondering how he’d look without his clothes. He’s also instantly attracted to her, but has sworn never to touch a human female. They just aren’t sturdy enough for the type of rough sex Brawn enjoys most. When he learns he’ll be living under the same roof with Becca, Brawn simply sees it as a chance to broaden his knowledge of humans. Hopefully he can do so while keeping his hands off her… His good intentions go astray when they’re both kidnapped and locked together in a cage. Brawn finds himself reliving a nightmare when he’s once again subjected to breeding experiments at the hands of New Species’ enemies—who will use Becca to get what they want. Brawn and Becca will have to depend on each other if they hope to survive.