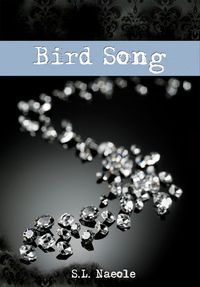 Grace Shelley's life has changed a lot these past four months. She's lost her best friend Graham, fallen in love with Death himself, Robert Bellegarde, made a new best friend in Stacy Kim, a spunky girl who clashes with Graham at every turn, and battled a rogue angel named Samael to death. And all before her eighteenth birthday. And now she faces the biggest challenge in her life: Hormones. With Graham seeking her help in understanding his feelings for Lark, Robert's icy sister, Grace gets a glimpse at just how difficult it is for a human to love an angel. Stacy's new relationship shows Grace that sometimes, dating a human isn't any easier. And Robert's refusal to take their relationship past the chaste and brotherly kisses they've shared has made Grace question his attraction to her. It's as normal a life as Grace is going to get. But when she discovers who it was that nearly killed a few months ago in a hit-and-run, her accusation sets into motion a series of events that changes them all, angel and human alike. At the end of it all, will Grace be left whole, or will she be even more broken than before?