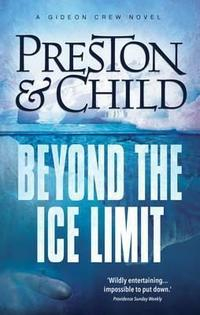 BEYOND THE ICE LIMIT

Sinopsis de BEYOND THE ICE LIMIT

Five years ago, the mysterious and inscrutable head of Effective Engineering Solutions, Eli Glinn, led a mission to recover a 25,000-ton meteorite - the largest ever discovered - from a remote island off the coast of South America. The mission ended in disaster when their ship foundered in a vicious storm and broke apart, sinking - along with its unique cargo - into the abyss of the Hesperides Deep. One hundred and eight crew members perished, and Eli Glinn was left paralyzed. But now, two miles down in dark Antarctic waters, something is growing. A vast, grotesque structure is simultaneously reaching up towards the waves and burrowing deep into the sea floor. Eli Glinn's worst fear has been realised. He has no choice but to return to the Southern Ocean with the right team and the right weaponry and attempt to annihilate an entity that threatens the existence of the planet. But, as he will discover, the entity has no intention of going quietly.