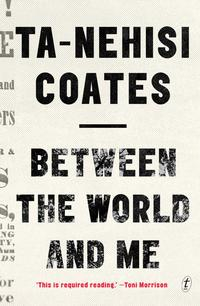 BETWEEN THE WORLD AND ME

Sinopsis de BETWEEN THE WORLD AND ME

AN ATTEMPT TO ANSWER QUESTIONS ABOUT RACE IN AMERICA, IN THE FORM OF A LETTER TO THE AUTHOR'S 14-YEAR-OLD SON A bold and beautifully written exploration of America's fraught racial history and its contemporary echoes that will redefine wider understanding of race and the roots of American identity. In the 150 years since the end of the Civil War and the ratification of the Thirteenth Amendment, the story of race and America has remained a brutally simple one, written on flesh: it is the story of the black body, exploited to create the countrys foundational wealth, violently segregated to unite a nation after a civil war, and, today, still disproportionately threatened, locked up and killed in the streets. What is it like to inhabit a black body and find a way to live within it? And how can America reckon with its fraught racial history? Between the World and Me is Ta-Nehisi Coates attempt to answer those questions, presented in the form of a letter to his adolescent son. Coates shares with his sonand readersthe story of his own awakening to the truth about history and race through a series of revelatory experiences: immersion in nationalist mythology as a child; engagement with history, poetry and love at Howard University; travels to Civil War battlefields and the South Side of Chicago; a journey to France that reorients his sense of the world; and pilgrimages to the homes of mothers whose childrens lives have been taken as American plunder. Taken together, these stories map a winding path towards a kind of liberationa journey from fear and confusion, to a full and honest understanding of the world as it is. Masterfully woven from lyrical personal narrative, reimagined history, and fresh, emotionally charged reportage, Between the World and Me offers a powerful new framework for understanding Americas history and current crisis, and a transcendent vision for a way forward.

0 reseñas sobre el libro BETWEEN THE WORLD AND ME