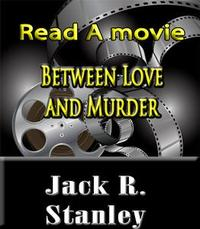 BETWEEN LOVE AND MURDER

A happily divorced young couple, Dalt and Ceiana Glass, are not more than a week into their new lives when Ceiana becomes the chief suspect in the bizarre murder at the couple’s South Padre Island condo building.  Ceiana, who owns a high end lingerie boutique, begs with Dalt to look into the matter and prove her innocence. Dalt is a bestselling novelist who writes over-the-top comic private detective named Richard Dick (Dick Dick).  Two of his titles are Nobody Knows Dick and One Clever Dick.  He’s beyond surprised when Ceiana thinks he is smart enough to solve a real crime and so the takes it on. Dalt’s best friend, both not just in college, but now, is a smartass local newspaper reporter named Guy. Of course, Ceiana can’t stand Guy, but it takes Dalt, Guy, and Ceiana to put all the pieces of this complicated puzzle together.