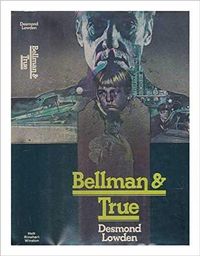 A thrilling crime novel that became a cult movie, Bellman & True sees computer engineer Hiller on the run with his 11-year-old stepson. However, theyre not fleeing the police but the East End robbery team who want information. Hiller gives it but hes not yet off the hook for now hes wanted by the Guvnor, the Peterman, the Stoppo... and the Bellman. But its not the shotgun barrels staring him in the face that make Hiller go on the raid. Its the boy. And Hillers nerve lasts until, in the highly technical defences of the National General Bank, things start to go wrong.