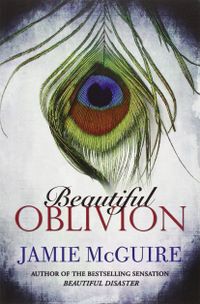 The first novel in the bestselling series The Maddox Brothers. Camille Camlin works hard, tending the bar at The Red Door most weekends to remain independent from her father. After nearly a year, Cami finally has the weekend off so she can visit her boyfriend, but then he calls to cancel and Camis left with nothing to do Trenton Maddox was idolised by the masses at Eastern State University, but after a tragic accident turned his world upside down, he dropped out and moved back in with his father. Life is finally getting back to normal for Trent, working at a tattoo parlour to save up for his own place, until he comes across Cami sitting alone at a table in The Red Door With four rowdy brothers, Cami is convinced shell be able to keep her friendship with Trenton Maddox strictly platonic. But when a Maddox boy falls in love, he loves forever  even if Cami is the only reason that his already broken family might completely fall apart