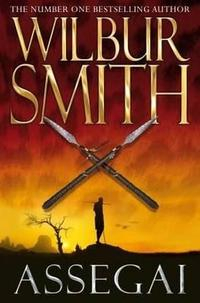 In 1913 Leon Courtney, an ex-soldier turned professional hunter in British East Africa, guides rich and powerful men from America and Europe on big game safaris in the territories of the Masai tribe. Leon has developed a special relationship with the Masai. One of Leon's clients is Count Otto Von Meerbach, a German industrialist whose company builds aircraft and vehicles for the Kaiser's burgeoning army. Leon is recruited by his uncle Penrod Ballantyne (from The Triumph of the Sun) who is commander of the British forces in East Africa to gather information from Von Meerbach. Instead Leon falls desperately in love with Von Meerbach's beautiful and enigmatic mistress, Eva Von Wellberg. Just prior to the outbreak of World War I Leon stumbles on a plot by Count Von Meerbach to raise a rebellion against Britain on the side of Germany amongst the disenchanted survivors of the Boer War in South Africa. He finds himself left alone to frustrate Von Meerbach's design. Then Eva Von Wellberg returns to Africa with her master and Leon finds out who and what she really is behind the mask... Assegai is the latest of the Courtney novels.