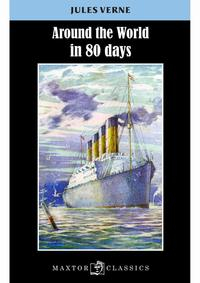 AROUND THE WORLD IN 80 DAYS

Sinopsis de AROUND THE WORLD IN 80 DAYS

Mr. Phileas Fogg lived, in 1872, at No. 7, Saville Row, Burlington Gardens, the house in which Sheridan died in 1814. He was one of the most noticeable members of the Reform Club, though he seemed always to avoid attracting attention... Around the World in Eighty Days is a classic adventure novel by the French writer Jules Verne, published in 1873. In the story, Phileas Fogg of London and his newly employed French valet Passepartout attempt to circumnavigate the world in 80 days on a £20,000 wager set by his friends at the Reform Club. It is one of Verne's most acclaimed works.The technological innovations of the 19th century had opened the possibility of rapid circumnavigation and the prospect fascinated Verne and his readership. It was another notable mark in the end of an age of exploration and the start of an age of fully global tourism that could be enjoyed in relative comfort and safety. It sparked the imagination that anyone could sit down, draw up a schedule, buy tickets and travel around the world, a feat previously reserved for only the most heroic and hardy of adventurers.

0 reseñas sobre el libro AROUND THE WORLD IN 80 DAYS