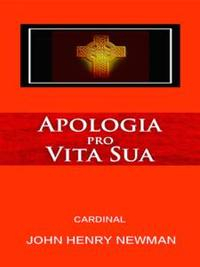 "False ideas may be refuted by argument, but by true ideas alone are they expelled. I will vanquish," Newman promised, "not my accuser, but my judges..." Of all the spiritual odysseys that dominate the literature of nineteenth-century England, Newman's In recounting his tortured spiritual journey from evangelical Calvinism to Roman Catholicism, Newman produced an account of a personal crisis of faith comparable to St Augustine's Confessions. Cardinal John Henry Newman stunned the Anglican community in 1843, when he left his position as vicar of St. Mary's, Oxford, to join the Roman Catholic Church. Perhaps no one took greater offense than Protestant clergyman Charles Kingsley, whose scathing attacks against Newman's faith and honor inspired this brilliant response. The Apologia not only established the stylistic contours for much modern autobiography, it also carefully depicted Newman as a truly pious man whose thankless quest for truth inevitably led him into the embrace of the Holy and Apostolic Roman Catholic Church. “No autobiography in the English language has been more read; to the nineteenth century it bears a relation not less characteristic than Boswell’s ‘Johnson’ to the eighteenth.” -Rev. Wm. Barry, D.D.