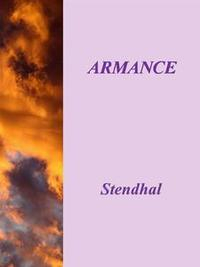 This book "Armance" is the first novel by Stendhal set during the Bourbon Restoration. It was published anonymously in 1827. It covers Octave de Morello, a taciturn but brilliant young man, just outside the École Polytechnique, which is attracted to a woman, Armance Zohiloff, who shares his feelings. The novel describes how a series of misunderstandings kept the lovers Armance and Octave divided. In addition, a series of clues suggest that Octave is impotent as a result of a serious accident. Octave is experiencing a deep psychological torment: he symbolizes the romantic pain. When the couple eventually marries, the slanders of a rival convince Octave that Armance had married only out of selfishness. Octave part to fight in Greece and there dies of grief.