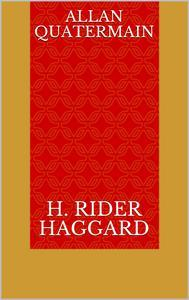 In the earliest-written novels, native Africans refer to Allan Quatermain as Macumazahn, meaning "Watcher-by-Night," a reference to his nocturnal habits and keen instincts. In later-written novels, Macumazahn is said to be a short form of Macumazana, meaning "One who stands out." Haggard wrote this novel over his summer holiday in 1885, immediately after King Solomon's Mines. At the beginning of the book, Allan Quatermain's only son has died and he longs to get back into the wilderness. He persuades Sir Henry Curtis, Captain John Good, and the Zulu chief Umslopogaas to accompany him, and they set out from the coast of east Africa into the territory of the Maasai.