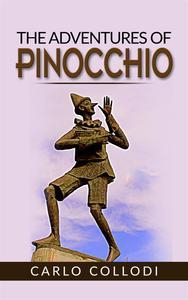 The Adventures of Pinocchio is a book for children by Italian author Carlo Collodi, written in Florence. The first half was originally a serial in 1881 and 1882, and then later completed as a book for children in February 1883. It is about the mischievous adventures of an animated marionette named Pinocchio and his father, a poor woodcarver named Geppetto. It is considered a canonical piece of children's literature and has inspired hundreds of new editions, stage plays, merchandising and movies, such as Walt Disney's iconic animated version and commonplace ideas such as a liar's long nose.